SapphirEmerald Magazine honors DeeJay’s.  THIS IS YOUR HOME here! We believe in honoring YOU.  We are recognized DeeJay’s Global around the world as our Lithium Quartz and Amertrine Jewel Story. It is time the world know your name TODAY! It is the DeeJay’s that makes people fall in love with music first.  You inspire the world by enriching people to fall in love with music. Music is colorless and therefore we rock out to the beat of the music. You are apart of our Crystal family of violets, become our new  Lithium Quartz and Ametrine Jewel Story today.

Here are the following things you will need with this purchase.

HOW TO PAY BY PHONE:

GET STARTED BY CLICKING BELOW 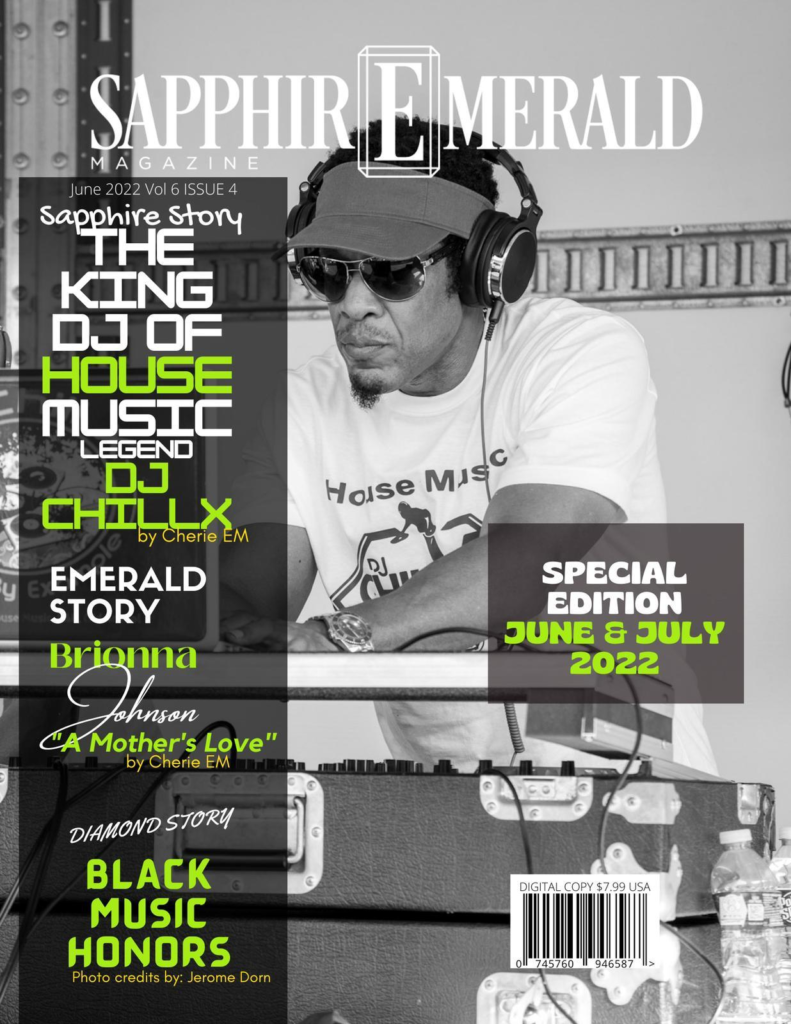 Born in Newark, NJ DJ Chill X developed a good ear for quality music at an early age of 8 from his older brothers and began honing his DJ skills listening to Frankie Knuckles, Tony Humphrey, and Larry Levan. DJ Chill X got his first break interning at 96.5 WYBC in New Haven, Connecticut. He soon got a regular slot every night 11pm – 2am on 88.7 WNHU know back then as (DJ Chilly Chill).    Using his platform on WNHU he became widely known for bringing house music to Connecticut in the 80s and became the first DJ to play house music in the State of Connecticut.

DJ Chill X has produced for many independent artists and is currently working on producing a solo House Music album with compilation of independent artists, to be released in first quarter 2017. DJ Chill X has been featured on notable internet stations in 2015 that cater to House Music such as House Music Lives Radio, BKS1 Radio, Cyberjamz Radio, Club Classics Radio and more. DJ Chill X has appeared on TV; TLC Channel – Four Weddings, What Woman Want – Talk Show (DJ & Music Coordinator),  B.E.T. Spring Bling )and has been the DJ. for Sirius XM Radio. He has joined the family of MizMacMarketing LLC who currently represent him for media relations.

DJ Chill X expanded his brand by creating a collection of House Music T-shirts and House Music items labeled the “Chill X Collection” and he has created his own continuance stream of internet music where people can listen to his mixes 24/7 “www.ChillXRadio.com“.