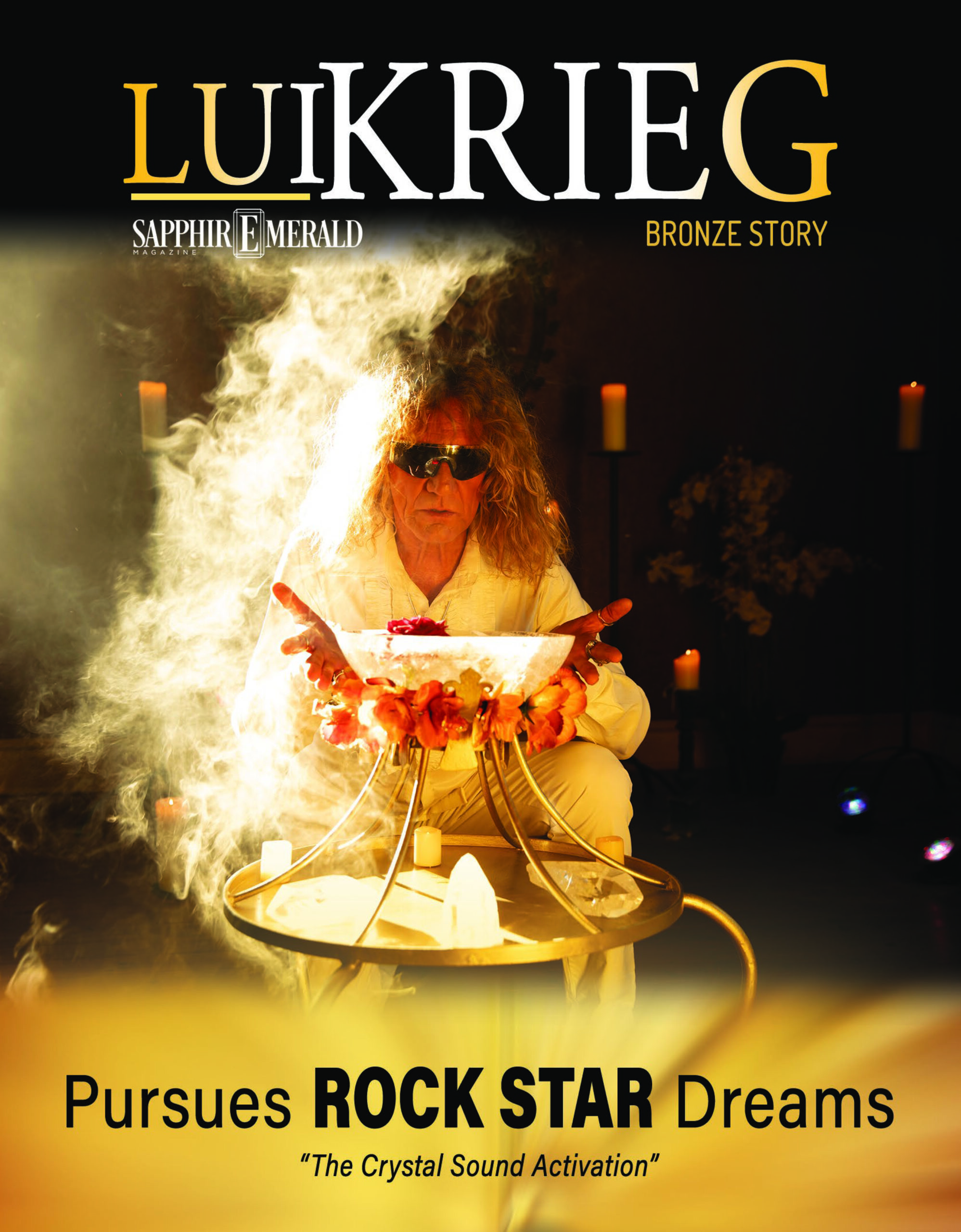 Born in Germany, Lui has travelled the world, studying various lifestyles, religions, and spiritual practices. In founding the world-famous store, Stone Age, in Glastonbury, England, he has created jewelry that enlightens and enriches the lives of people from around the world.

As a man known worldwide for his sparkling rocks, he now is pursuing his Rock Star Dreams along with his band “The Alchemysts of Sound”. With the release of their first single, Upside Down, the band hopes to give the world its first taste of what they represent with this “driving, intense experience destined to change your view of the world.”

The SapphirEmerald Magazine readers were interested in knowing how Lui got his inspiration in life and in his music. He shared that his upbringing and childhood did not influence him at all other than to teach him how NOT to do things. He believes that it was a reverse engineering process of learning that has brought him to this position of success in his life. Having been mostly self-taught, Lui does believe that having met Bagwan Shree Rashnish, also known, as OSHO, 30 years ago played a significant role in the design of his life. He now is working with spirit guides and recommends to anyone who is looking for guidance to seek out the advice of a mentor or guide who speaks with “inspiration and truth”.

As a passionate, authentic, Activator, Lui “returns people to their original source frequency and connects them to their true spiritual path.” His ability to create and manifest through crystals and sound has brought him great peace and joy in his life. His spiritual journey has guided him to Create his own unique therapy – “The Crystal Sound Activation”

Known as a “Living legend”, Lui Leonhard Krieg, can be found most days at his shop, Stone Age, and teaching students at the internationally renowned Crystal Sound Academy where he welcomes, serves, and inspires thousands of pilgrims throughout the year. He most recently welcomed Nicholas Cage and Russell Brand to his crystal shop in the centre of Glastonbury.

SapphirEmerald Magazine readers who are interested in learning more about Lui Krieg and The Alchemysts of Sound can listen and watch their new album, Spirit Rise, on https://www.youtube.com/watch?v=Cxx_30Saoyc&amp;feature=youtu.beWe are very interested in Lui’s success as he pursues his Rock Star Dreams and his personal transformation as he embarks on this new journey, touching the hearts and souls of listeners