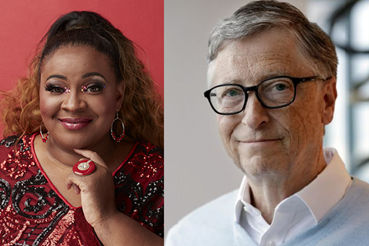 Since launching the Black Fairy Godmother Foundation over a year ago, the New Jersey-based Simone Gordon has helped several families dealing with issues ranging from domestic violence by way of finding safe homes, food insecurities via a partnership with InstaCart (which have forgiven delivery fees for orders over $200.00 per family) to the Fairy Dust Scholarship Fund, which helps women with enrollment into a community college or receive a license/certificate in a field of their choice.

Recently, Ms. Gordon’s work has resulted in receiving a boost from a well-known source – the Bill & Melinda Gates Foundation, which made a substantial donation for the young philanthropist to continue her work. “I was absolutely floored when I received this wonderful gift from the Gates Foundation,” said Ms. Gordon. “At first I thought it was someone playing a prank until I received the letter and check. This will help The Black Fairy Godmother Foundation continue our work assisting families in need.”

The grant from the Bill & Melinda Gates Foundation is one of a few The Black Fairy Godmother Foundation has received in recent weeks. Other organizations include the Robert Wood Johnson Hospital Foundation, the Grapevine Foundation, Benevity (partnership with Google) as well as Tony Burch/Upworthy.